‘Spaceman’ is an alternative to hangman. It uses easy to draw shapes, it follows the same rules and it is easily identifiable by its name.

I imagine that if you are reading this you are probably already familiar with how hangman is played. If not, please follow this link for a brief introduction to the game.

The general aim is for students to find a mystery word (represented by dashes) by guessing which letters make up that word. If students guess a letter which is not part of that word, the first part of a stick figure is drawn on the board. A quick YouTube search will show several demonstrations of the game in this format.

However, hangman is potentially a problematic game.

This organization notes that there are 58 countries in the world that use hanging as a form of capital punishment.

If you have answered those questions and you are interested in playing hangman in a different format, there are alternatives. The alternative versions do seem to involve some peril, but there is no reason why the game should. The game can be played with any simple to draw image or with no image at all. So, the other day when I was thinking about creating a PowerPoint version of hangman, I was also thinking about the kind of image I could use.

I eventually settled on the image of a spaceship. It is just a collection of ovals, circles and half-circles. I decided to call this version ‘Spaceman’ because the game would be easily identifiable. If I wanted to explain the activity to a colleague, all I would have to say is:

Spaceman? Oh, It’s like hangman but I draw a spaceship instead.

This is the original design, which was doodled by my wife, and it became the inspiration for the PowerPoint template.

The template has a panel of letters on the left-hand side of the screen. These are to keep track of the letters that have already been chosen. The green boxes at the bottom of the slide contain the mystery letters/word. Up to 18 letters can be used.

The following video demonstrates how to use the template:

Watch this video tutorial for information on how to use the template.
The video runtime is 3 minutes and 17 seconds.

Playing ‘Spaceman’ on the board

The idea for ‘Spaceman’ came from a scrap of paper, so you don’t need to play the PowerPoint version. All you need is a blackboard and chalk or a whiteboard and a marker.

The game is played in exactly the same way.

Watch the video demonstration below for more information.

Watch this video demonstration for information on how play ‘Spaceman’ on the whiteboard.
The video runtime is 4 minutes and 38 seconds.

You can make the game more challenging by increasing the penalty. For example, for each incorrect answer, two parts of the spaceship gets built.

You can also make the game more demanding by asking the students to form words and sentences rather than just shouting out letters.

‘What did you eat yesterday?’

Another variation comes Everybody Hangman where individual students/groups/teams have to guess their own mystery word.

Do you have any suggestions for playing Spaceman?

If you are interested in vocabulary games, try the following two articles: 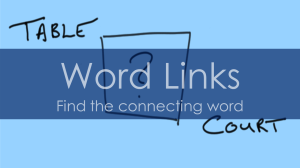 I first saw this activity on a Japanese TV show called QSama, where two English words were shown on the screen and the contestants had to guess the connecting word. Vocabulary is easier to learn when it is relevant and when you can make associations or mental links to it. Word links is a great activity to build these connections. 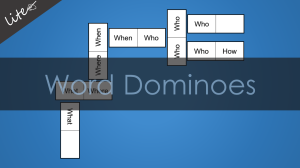 Dominoes is another activity that is an old favorite in the ESL classroom that allows students to practice in small groups.  Word Dominoes was an article I wrote to share my thoughts on how to run the activity and some advice on how you can create your own custom domino sets.

Spaceman was designed with Microsoft PowerPoint 2016. Animations and sounds may differ when opened in other presentation software.

Microsoft® Office® is a copyrighted product of the Microsoft® corporation. All media that accompanies Spaceman is for educational purposes only.

The template and images in this post are free to download but they are intended for educational purposes only.

8 thoughts on “Spaceman: An alternative to hangman”